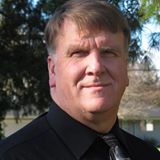 By Gary Welch, National Communications Director for the Constitution Party

Their lips are moving. It is an old joke that is based on a big helping of truth. More than 92% of Americans don’t trust politicians. That is a higher level of mistrust than even Used Car Salespeople. Clearly, there’s a problem.

During the 2016 presidential election, NBC ran a poll regarding the candidate’s trustworthiness. Only 15% thought that Trump was honest and trustworthy. Clinton only got 11%. Even when it comes to the one political office that should have a requirement of honesty and trustworthiness, our candidates fall very short.

Under our current system with a realistic choice only between Democrats and Republicans, nothing. Notice that neither candidate was trusted. The issue became who was trusted less. When you think about it, you have to wonder: “Why does it have to be this way?”

We have simply (and sadly) accepted that all political candidates are unscrupulous liars and both major political parties are complicit in promoting their own agendas and building their own power. When your only choices are bad, worse, or throwing away your vote on an ineffective third party, you don’t have any options.

But what if you did? What if there was a 3 rd party option that had the potential of becoming something big? Something better? Something that you and the rest of America could believe in? That would be a game changer.

In December 2016, The Constitution Party decided we needed to become that option. There were several initiatives we approved, but the most important one was the Restoring Honor To Government Initiative. In this, the Constitution Party approved a new policy which would apply to all of their leaders and candidates – “You will tell the truth”. The party states that its number one goal will be to restore honesty, integrity, and accountability to government.

Okay, okay, okay….I know what you are thinking “Yeah, right”. I get it. You have heard this repeated Mantra over and over again. Politicians, regardless of party affiliation, cannot be trusted. What if, however, I told you that there was a way to ensure our politicians and our party were all that we purported to be?

What if the Constitution Party established rules for every leader requiring them to sign a binding agreement that they would uphold high ethical standards of conduct that including being honest with their constituents, avoiding even the appearance of any corruption or conflict of interests, and that they would uphold the party standards of honesty, integrity, and accountability? What if every leader, from the National Chairman to the lowest Precinct Officer, was committed to this? Would that change your mind?

What if the Constitution Party stated that all candidates for public office, who wanted to be endorsed by the party, had to agree to the same standards? They would also have to sign a written contract with their constituents that listed all their campaign promises and had consequences (one of which would be the party would refuse to endorse them for re-election) if they failed to keep those promises. Would that make you think we’re on the right track?

Like you, we have grown tired of and angry at the blatant corruption and self-serving attitudes of our political candidates and the parties that encourage them to do so. They don’t even try to hide it anymore. THIS HAS GOT TO STOP! We cannot exist as a Republic if we allow this to continue. As a people, it is time to stop going back to the DEM/GOP heroin and shooting that poison into our arms. Like a political junkie, we keep making excuses about having no choices, about trying to make the best of a bad situation, and so on and so on. When you realize that you are poisoning our country by continuing to support two parties that have proven that they have no true interest in your welfare and that deception is the only thing they can produce, it’s time to move on.

They abandoned you long ago. It is time that you abandon them and start looking for a better life with a better government.

Join us. If what you want is honest and accountable politicians, non-intrusive government, social programs that work instead of financial black holes, and to have the greatest economy that the world has ever seen – then come out of the dark woods of D&amp;R corruption and into the bright city of Constitutional government. Even if you are skeptical, all that we ask is that you try us out. Come on board and give us three months to implement our programs and show you that we are serious. Yes, we are a very small third Party, but we know that many great things started small and became great because of their ability to bring the best and brightest to their cause.

Are you ready to give up the poison and start taking the cure?

The Weapon of our Enemies